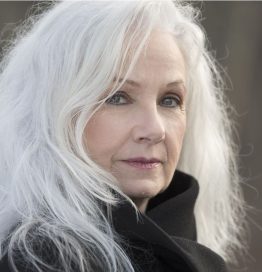 Sheri-D Wilson is the award-winning author of 11 books, the creator of 4 short films, and has released 3 albums which combine music and poetry. She is known for her electric performance-style, making her a favorite of festivals around the world. Shas read, performed & taught in festivals across Canada, USA, UK, France, Spain, Belgium, Mexico, and South Africa.

She has won a bevy of awards, been a regular on CBC, and had documentaries made about her work. She is also a marriage commissioner and loves to create ceremony and space for joy to light. In October 2017 Sheri-D was granted an Honorary PhD from Kwantlen University.

A strong advocate for social change: