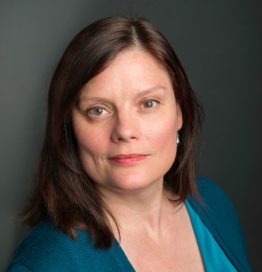 Kat Montagu is a writer, producer, script analyst, story editor and teacher. She has a BFA and an MFA in Creative Writing from UBC. Her scripts have won a Praxis Centre for Screenwriters Fellowship, provincial development funding and a BC Film Feature Screenwriting Internship, Semi-finalist for Page International (for a TV Pilot). She wrote for the television series Alienated. She has been a feature film and TV pilot story editor for many years for produced projects like Level 16 and Once There Was a Winter. She also worked in script development for the series Arctic Air.

As a fiction writer, she has won the SSHRC scholarship, the Michael Smith Foreign Study Supplement and finished one historical novel The English Fox as her Master’s Degree thesis and is now working on a second novel Paradise Row.

As a teacher, she has won VFS’s Instructor of the Year and the WIFTV Spotlight Awards Capilano University Leadership in Education Award.
Kat teaches screenwriting at Emily Carr University, story editing and career launch at Vancouver Film School, rhetoric and pre-production planning at LaSalle College. She has also taught at UBC’s film department.