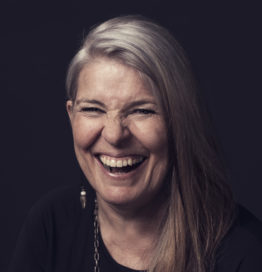 Karen Lee White is Northern Salish, Tuscarora, Chippewa and Scots from Vancouver Island, British Columbia.  Karen was adopted into the Daklaweidi Wolf Clan of the Interior Tlingit/Tagish people on whose land her first novel The Silence (2018 Exile Editions) unfolds. The Silence went into a second printing within six weeks of release. In 2018 Karen was commissioned by the Banff Centre for Arts and Creativity for Fables for the 21st Century. In 2017 Karen was awarded a REVEAL Indigenous Art Award for Writing by the Hnatyshyn Foundation. Her work has appeared in Exile Editions, That Damned Beaver Anthology, EXILE/EQ Magazine, Impact: Colonialism in Canada, and other literary journals. A playwright, she has been commissioned by theatres in Vancouver and Victoria.

Conversation with …. How do we write our poetry and songs?

Be a Fearless Writer (Especially for The Shy and Terrified)