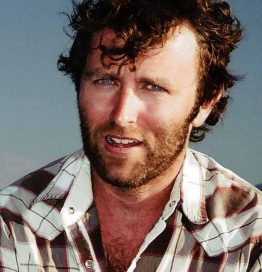 is an award-winning author, CBC personality, singer, columnist, and live event host.His new book, Dirty Windshields, is his third. His previous books are Adventures In Solitude (Harbour Publishing, 2010) and The Lonely End of the Rink (Douglas & McIntyre, 2013). At the CBC, Grant is known mostly for his work with the groundbreaking Radio 3 and the championing of Canadian independent music. Previously, he worked as an indie label publicist and concert promoter.

Grant is the lead singer of the Smugglers and the goalie for the Flying Vees beer league hockey team. He is married to musician Jill Barber and they live in Vancouver, BC, with their two children.