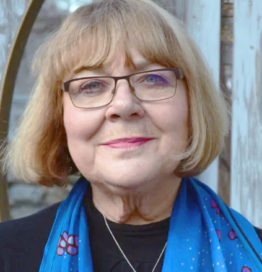 Gail Bowen’s first Joanne Kilbourn mystery, Deadly Appearances (1990), was nominated for the W.H. Smith/Books in Canada Best First Novel Award, and A Colder Kind of Death (1995) won the Arthur Ellis Award for best crime novel; all books in the series have been enthusiastically reviewed, and the most recent, The Winners’ Circle, has been named a finalist for the Arthur Ellis Award for best crime novel. Sleuth:  Gail Bowen on Writing Mysteries (U. of Regina Press, 2018) has been met with enthusiasm by critics and readers.

In 2008, Reader’s Digest named Bowen Canada’s Best Mystery Novelist; in 2009 she received the Derrick Murdoch Award from the Crime Writers of Canada; and in 2018 she was recognized with the Crime Writers of Canada Grand Master Award. Bowen has also written plays that have been produced across Canada and on CBC Radio. In 2018, she was invested with the Saskatchewan Order of Merit, the province’s highest honour. Now retired from teaching at the First Nations University, Gail Bowen lives in Regina, Saskatchewan