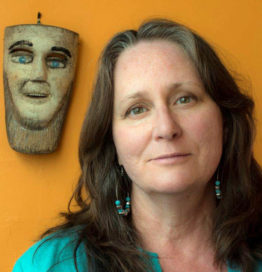 Gail Anderson-Dargatz has been published worldwide in English and in many other languages. A Recipe for Bees and The Cure for Death by Lighting were international bestsellers, and were both finalists for the prestigious Giller Prize in Canada. The Cure for Death by Lightning won the UK’s Betty Trask Prize among other awards. Both Turtle Valley and A Rhinestone Button were national bestsellers in Canada and her first book, The Miss Hereford Stories, was short-listed for the Leacock Award for humour. Her most recent novel, The Spawning Grounds, released in fall 2016, was again a national bestseller.

Gail offers developmental edits and works with writers from around the world through her on-line teaching forums. She also hosts The Spawning Grounds Writers’ Retreat in October at the Sorrento Centre, BC, and the Providence Bay Writer’s Camp on Manitoulin Island, ON, in July. For more, please visit her website at