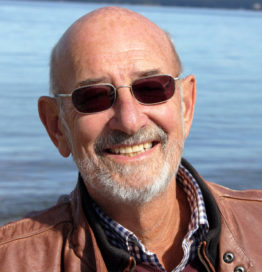 Anthony Dalton is the award-winning author of 14 non-fiction books, most about adventure and the sea, plus two non-fiction collaborations with American authors; he has had two novels published, in addition to hundreds of magazine and newspaper articles. These have been published in 20 countries and 9 languages. Dalton’s books have been published in Canada and USA by McGraw-Hill, MBI, Heritage House, Dundurn, Bookland, and August Words.

He has also published one novel, two novellas and a series of short stories on Amazon KDP. Anthony Dalton has recently completed four feature-length screenplays. A Fellow of the Royal Canadian Geographical Society and a Fellow of the Royal Geographical Society, he is an accomplished public speaker. For over four years he represented the travel arm of the Smithsonian Institution on cruise ships all over the world. He has presented writing workshops at conferences across Canada, the USA, and in England.

A former national president of the Canadian Authors Association, he lives with his family in British Columbia’s Gulf Islands.